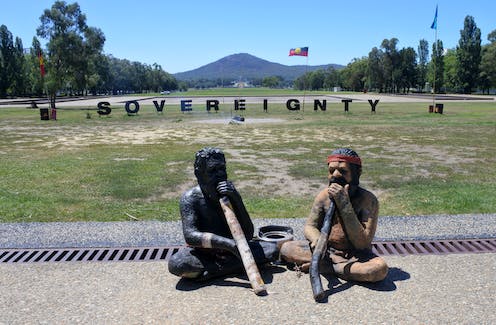 Prime Minister Anthony Albanese and his new government have committed[1] to enshrining a First Nations Voice in the Australian Constitution. To do so, a majority of Australians in a majority of states will have to vote “yes” at a referendum.

But what are the other challenges along the way? Why might people support a Voice, or why might they be against it?

The survey measured attitudes towards the Voice from more than 1,500 respondents. Through quota sampling across participants’ location, age, education and voting preference, we were able to obtain a nationally representative sample.

Our survey found substantial support for a constitutional Voice (51.3%). Twice as many people supported the Voice as were against it (20.8%, with 27.9% undecided). But just as important are the reasons why participants said they were in favour, against or undecided.

Here are four key challenges that need to be addressed, our data suggests, on the journey towards a Voice.

1. Why have a First Nations Voice to Parliament?

As a first step, people must see a good reason to establish a Voice. The Uluru Statement from the Heart[3], which formalised calls for a constitutional Voice, is framed as a generous invitation towards reconciliation from First Nations Peoples. The sentiments in the Uluru Statement are reflected in many survey respondents’ support of the Voice. For example, one participant said:

I believe that if Australia really wants to reconcile with the Indigenous community - that this is a very important step in that process.

However, some people remain sceptical. While it seems most First Nations Peoples support a Voice[4], this view is not unanimous. Some First Nations scholars and respondents to our survey questioned whether supporting the Voice further legitimates the Constitution, a colonial document.

At the other end of the spectrum, 10% of respondents did not see the need for a Voice at all. Evidence of the disadvantages faced by First Nations Peoples under all existing political institutions continues to suggest otherwise. For example, the inability to “close the gap” is often attributed to the government’s failure to genuinely engage[5] with Indigenous Australians. Nevertheless, the view that reform is not needed is one the Voice campaign will need to confront.

Advocates for the Voice will be encouraged by the substantial number of survey respondents who are already convinced that institutionalising an Indigenous advisory body is a positive step. Many respondents cited the value in constitutionally recognising First Nations Peoples, and viewed it as the “right thing to do”. Further, when supporters of the Voice were asked how important this issue was, one in three thought it should be a priority for the government.

Read more: We keep hearing about a First Nations Voice to parliament, but what would it actually look like in practice?[6]

2. The general public’s lack of knowledge

The Voice was proposed in the Uluru Statement in 2017, and calls for an Indigenous advisory body are even older[7]. Despite this, public awareness remains a core issue.

More than half of respondents to the survey had never heard of the Voice before. Of the 27.9% of respondents who were unsure whether they would be in favour of or against a constitutional Voice, most cited a lack of knowledge as the reason.

Encouragingly, the responses also suggest there is an appetite to learn more. Some 19% of undecided participants said they wanted more information about the Voice, while 17.7% had specific questions, such as how representatives would be chosen, and what powers the body would have.

3. The role of bipartisanship

While bipartisanship may not necessarily be essential[8] to obtain a yes vote in a referendum, a proposal with the support of the major parties is far less likely to fail. So far we know Labor is committed to pursuing a constitutional Voice, although the Coalition’s position following its election loss is less clear.

One thing is clear from our survey: differences between the major parties’ positions do not reflect voters’ attitudes in a significant way. This is an important result, as it suggests the major parties should be able to find common ground in supporting the Voice. Senator Patrick Dodson’s appointment[9] as Special Envoy for Reconciliation and the Implementation of the Uluru Statement is an important step, as Senator Dodson is highly regarded on both sides of politics.

Read more: First Nations people shouldn't have to wait for a referendum to get a Voice to Parliament[10]

4. Delivering a Voice with substance

Support for Indigenous constitutional recognition is clearly strongest if believed to be likely to deliver practical benefits as well as its symbolic value. Many survey respondents saw tangible outcomes such as improved healthcare and learning from Indigenous land management as reasons to support the Voice. When asked, 75% thought the Voice would improve the lives of First Nations Peoples. Therefore, the Voice many Australians want to enshrine is one that can make a practical difference in the lives of First Nations Peoples.

The new government’s commitment to the Uluru Statement is a hopeful sign for all those seeking constitutional change. While there is still a long journey ahead for the First Nations Voice, if these four challenges are met then a majority of Australians are clearly ready to engage in this important step in the reconciliation process.