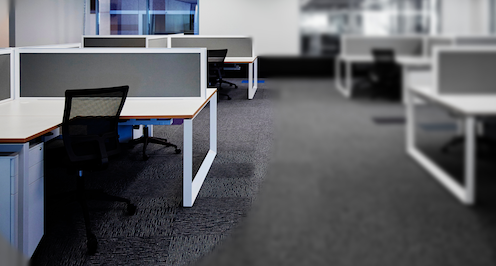 Sometimes the best things you can do are invisible.

Such as fighting cholera by ensuring drinking water wasn’t contaminated by sewage, as happened in London in the 1840s[1].

Or setting up an emissions trading scheme, which drove emissions down[2], despite former prime minister Tony Abbott[3] attacking it as a “so-called market in the non-delivery of an invisible substance to no one”.

Air free from contamination is as invisible as uncontaminated water, but the case for air isn’t yet as widely accepted[4] as it is for water.

Air pollution from motor vehicles kills about 280[5] Australians per year, yet Australian petrol is allowed to contain 15 times[6] as much sulphur as petrol sold in the US, the UK, Europe, Korea, Japan and New Zealand. Australia is planning to adopt in 2024 the standard adopted elsewhere in 2015.

And poor air quality harms us in ways that fall short of death.

A new six-nation study of office workers in countries from China to the United States found that where ventilation is poor and levels of particulate matter are high, workers perform worse or more slowly[7] on tests involving adding and subtracting and colour-coding words.

Another study on the relationship between indoor air quality and competitive chess players found that when the concentration of fine particulate matter with a diameter smaller than 2.5 micrometres (0.0025mm, better known as PM2.5) climbs as much as it can, players are 26%[8] more likely to make mistakes.

The effect is worse if the players are running out of time.

Smart employers recognise this. When Google moved into a new headquarters in Mountain View, California, it was offered air filtration that cut pollutants to 0.0001 parts per billion. It opted for zero parts per billion[9], and paid more to get it.

If performance and education matter (and they do – on Monday the government launched a new inquiry[11] into productivity) we ought to be treating clean air as an investment in productivity, over and above its undoubted benefit[12] in containing the spread of COVID.

Here’s my big idea. The A$14 billion Building the Education Revolution[13] program Labor put in place during the global financial crisis both helped fight the crisis and left Australia with thousands of school halls.

As far as legacies go, this wasn’t bad. The halls have been used for assemblies and plays and before and after school care.

Read more: Poorly ventilated schools are a super-spreader event waiting to happen. It may be as simple as opening windows[14]

But a program designed to contain the spread of COVID that left Australia with schools and workplaces in which the occupants were able to think clearly, and rarely caught infections – that would deliver an enduring dividend.

Many schools have openable windows, as do some workplaces. But in winter and for security reasons they are often closed and not reopened.

Distinguished Professor Lidia Morawska, director of International Laboratory for Air Quality and Health at the Queensland University of Technology, says outside air typically contains about 420 parts per million of carbon dioxide.

Science magazine[15] Beyond a few hundred parts per million indoors, the aerosols that carry viruses circulate rather than get blown away. In closed rooms and offices they can travel long distances and remain aloft for hours. Beyond 1,000 parts per million – and indoors, many times 1,000ppm is common – our ability to concentrate drops. In order to fight COVID in classrooms, education authorities in Victoria[16], NSW[17], Queensland[18], Western Australia[19], South Australia[20], Tasmania[21] the ACT[22] and the Northern Territory[23] say they are prepared to install air purifiers where needed. The ACT is reusing those it bought to filter smoke during the 2020 bushfires. Victoria has gone the furthest – ordering 51,000[24] from Samsung. These so-called high efficiency particulate air (HEPA) filters work by removing ultra-fine particles rather than bringing in air from the outside. Portable purifiers are a stopgap As a stop-gap for fighting COVID Professor Morawska thinks purifiers are okay. But she says as soon as COVID passes they are likely to be put in cupboards and not used til next time. They are unlikely to produce a lasting benefit.

A portable CO2 meter need not be expensive. A far, far cheaper and perhaps more enduring solution would be to buy or mandate cheap carbon dioxide (C0₂) meters (portable meters can cost less than $100[25]) for every classroom, office and shop. Heavy duty meters can be mounted on walls and set to glow red when the air is bad. They are in schools throughout Germany. C0₂ meters do more than monitor carbon dioxide. By calculating how much of it is in rooms where humans have been, they measure ventilation. They are a good guide as to whether air is circulating and viruses and toxins are being diluted. Installing meters and ensuring their output is displayed might just be one of the best-value interventions to fight COVID there is – leaving us with the lasting benefit of air that is safe in the same way as our water is safe. Meters make the invisible visible The initial cost would be low compared to the $14 billion spent on school halls. The lasting benefit would be an awareness of when and where we needed to open windows and spend money installing better air flow systems, and when and where we did not. The cost of poor indoor air can be measured not just in billions, but in billions per year. Back in the late 1990s the CSIRO calculated a cost of $12 billion per year[26]. Two decades on, coronaviruses and bushfire smoke[27] would make it greater still. We’ve been offered a cost-effective chance to make the invisible visible and extend our productivity and lifespans. I reckon we should grab it. Read more: Australia must get serious about airborne infection transmission. Here's what we need to do[28] References^ 1840s (www.sciencemuseum.org.uk)^ emissions down (theconversation.com)^ Tony Abbott (www.smh.com.au)^ widely accepted (eprints.whiterose.ac.uk)^ 280 (grattan.edu.au)^ 15 times (grattan.edu.au)^ worse or more slowly (www.hsph.harvard.edu)^ 26% (www.iza.org)^ zero parts per billion (www.google.com.au)^ Australian children are learning in classrooms with very poor air quality (theconversation.com)^ new inquiry (www.pc.gov.au)^ undoubted benefit (academic.oup.com)^ Building the Education Revolution (www.anao.gov.au)^ Poorly ventilated schools are a super-spreader event waiting to happen. It may be as simple as opening windows (theconversation.com)^ Science magazine (www.science.org)^ Victoria (www2.education.vic.gov.au)^ NSW (education.nsw.gov.au)^ Queensland (qed.qld.gov.au)^ Western Australia (www.mediastatements.wa.gov.au)^ South Australia (www.education.sa.gov.au)^ Tasmania (www.premier.tas.gov.au)^ ACT (www.education.act.gov.au)^ Northern Territory (coronavirus.nt.gov.au)^ 51,000 (news.samsung.com)^ less than $100 (www.abc.net.au)^ $12 billion per year (www.awe.gov.au)^ coronaviruses and bushfire smoke (theconversation.com)^ Australia must get serious about airborne infection transmission. Here's what we need to do (theconversation.com)Authors: Peter Martin, Visiting Fellow, Crawford School of Public Policy, Australian National University