“We are all in this together,” Prime Minister Scott Morrison solemnly intoned in April[1] – and for a brief few months, in the face of the economic crisis wrought by the COVID-19 pandemic, Australia’s industrial relations protagonists agreed.

Business groups, unions and governments put aside their usual differences and worked together to minimise job losses.

They quickly negotiated alterations[2] to dozens of awards and enterprise agreements, adjusting rules and rosters to help keep Australians on the job.

Then, in late May, seeing opportunity in that spirit of cooperation, Morrison heralded a new consensus-based approach to industrial relations.

The federal government set aside its effort to impose more legal restrictions on unions and established new “industrial relations reform roundtables[3]” for employer groups, unions and government officials to work together on reforming workplace laws Morrison said were “not fit for purpose”.

“We’ve got to put down our weapons,” he declared. The change in approach was even compared to the historic Accords[4] of the 1980s, in which the Hawke-Keating Labor government convinced unions to accept wage freezes in return for enhanced social benefits (like Medicare and superannuation).

Read more: Australian politics explainer: the Prices and Incomes Accord[5]

Within weeks the parties retreated to their corners and their standard speaking points. No meaningful consensus emerged on any issue from any table. 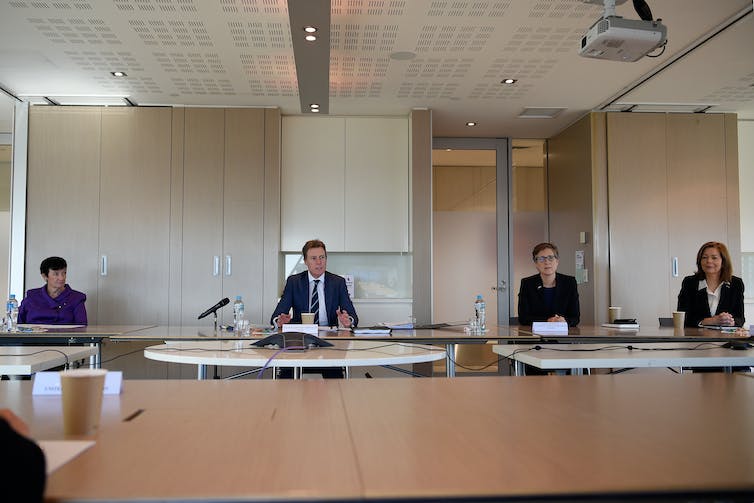 Even tentative proposals – like an idea supported by unions and the Business Council of Australia to combine fast-track approval of union-negotiated enterprise agreements with greater flexibility in determining their suitability – were shot down in partisan gunfire[6] by more strident business lobbyists.

Now, in the absence of consensus, the government has picked up its traditional hymn book and is once again singing the praises of “flexibility”.

If passed, it will further skew the already lopsided balance of power towards employers.

The bill doesn’t just take the employers’ side in the five issues debated at those roundtables (award simplification, enterprise agreements, casual work, compliance and enforcement, and “greenfields agreements” for new enterprises).

One of its biggest changes is to suspend rules that prevent enterprise agreements from undercutting minimum award standards. This proposal wasn’t even discussed at the roundtables. 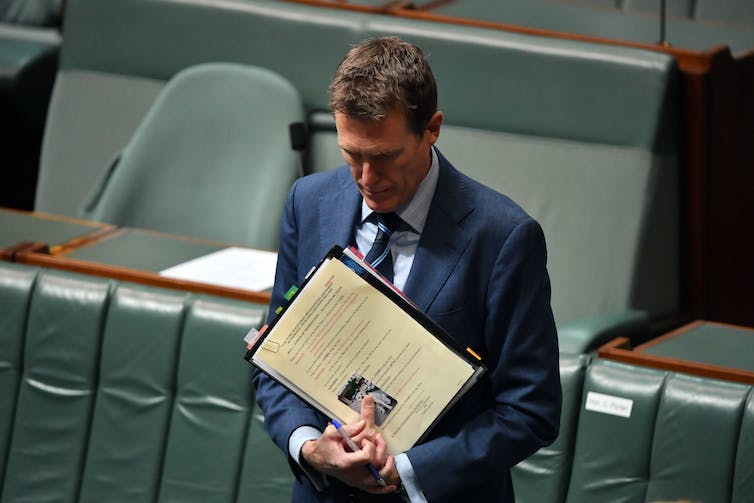 This confirms the gloves are off once again in Australia’s interminable IR wars.

Here are the most significant ways the bill will weight the scales further to the disadvantage of workers.

As the law now stands, enterprise agreements cannot not undercut minimum standards in industry awards. This is known as the “better off overall test” – or BOOT. The new bill instructs the Fair Work Commission to approve agreements even if they fail this test, so long as the deal is nominally supported by affected workers (more on this below) and deemed to be in the “public interest”.

The bill proposes suspending BOOT for two years. But even if it were restored after that (which is uncertain), agreements approved during that window would remain in effect (enterprise agreements typically last four years). Even after they expire, under Australian law they remain in effect until replaced by a new agreement, or terminated by the FWC – neither of which is likely in a non-unionised workplace.

Apparently in anticipation that unions will actively oppose non-BOOT-compliant agreements, the bill also includes measures to speed their approval by the Fair Work Commission. The process must be completed within 21 days (with some exceptions). This will limit the ability of affected workers to learn about and resist their loss of benefits and conditions. Unions will be restricted from intervening around agreements they were not directly involved in negotiating (including intervening against agreements that had no union involvement at all).

Broadening the definition of casual work

The growing use of “casual” employment provisions was a hot topic at the IR reform tables. The new bill clarifies the definition of casual work in the most expansive way possible: a casual job is any position deemed casual by the employer, and accepted by the worker, for which there is no promise of regular continuing employment.

In other words, any job can be casual, so long as workers are desperate enough to accept it. This will foster the further spread of insecure employment without paid leave entitlements. Most importantly, it removes a big potential liability faced by employers as a result of recent court decisions[9], under which they might have owed back pay for holidays and sick leave to employees improperly treated as casual workers.

Further casualisation will be attained through new rules regarding rosters and hours for permanent part-time workers. The bill extends flexibility provisions originally implemented earlier this year – during that brief moment of pandemic-induced cooperation. The rules allow employers to alter hours for regular part-timers without incurring overtime penalties or other costs (currently required under some awards). This will allow employers to effectively use part-time workers as yet another form of casual, just-in-time labour.

Finally, the bill grants one more big wish from the business list.

It allows super-long enterprise agreements at major new projects. Agreements can last for up to eight years – double the time now allowed – and be signed, sealed and delivered before any workers start on the job (thus denying them any input into the process).

Under revised BOOT provisions, they could also undercut the minimum standards of any industry awards.

Back to business as usual

These changes are being advertised as a spur for post-pandemic job creation. But this claim is hollow.

In reality, the changes in part-time and casual rules will actually discourage new hiring. Since existing workers can be costlessly “flexed” in line with employer needs, there is no need to hire anyone else.

Weaker BOOT protections will spur a wave of new enterprise agreements, most union-free, and aimed at reducing (not raising) compensation and standards. This makes a mockery of the goals of collective bargaining, and grants employers further opportunity to suppress labour costs (already tracking at their slowest pace in postwar history).

So what to make of that short-lived spirit of togetherness that purportedly sparked this whole process? In retrospect, it seems to have been just an opportunity for the Coalition government to pose as visionary statesmen during a time of crisis.

Now, mere months later, the government is back to its old ways – and the pandemic is just another excuse to scapegoat unions, drive down wages and fatten business profits.