Kangaroo Island, less than 130 kilometres from Adelaide, is one of Australia’s ecological jewels. Tourism Australia describes it as a “pristine wilderness[1]”, with cliffs, beaches, wetlands and dense bushland offering protection to native animals such as penguins, sea lions, pelicans, koalas and, of course, kangaroos. 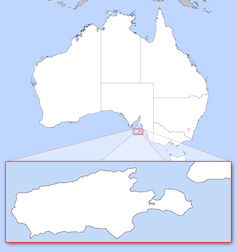 Many who agree fear that new developments will do exactly that. With the state government’s approval, a tourism company wants to build two luxury tourist villages at unspoilt locations on the island’s west coast, within the protected area of the Flinders Chase National Park, the state’s second-oldest national park.

Park volunteers have gone on strike[5] in opposition. Hundreds have rallied before South Australia’s parliament[6] in support of “public parks, not private playgrounds[7]”.

The issue is not unique to Kangaroo Island. Around Australia, and the world, national parks are under threat from the curious paradox of luxury tourism, which demands development in protected wilderness areas to cater for those who want to enjoy the natural environment without any interruption of their lifestyle.

Read more: Earth’s wilderness is vanishing, and just a handful of nations can save it[8]

Death by a thousand cuts

My research has involved studying past development controversies on Kangaroo Island. One is Southern Ocean Lodge[9], a six-star ecolodge near Flinders Chase developed in the mid-2000s. Another is the Kangaroo Island Surf Music Festival[10], held in 2011 at Vivonne Bay, on the island’s south coast. 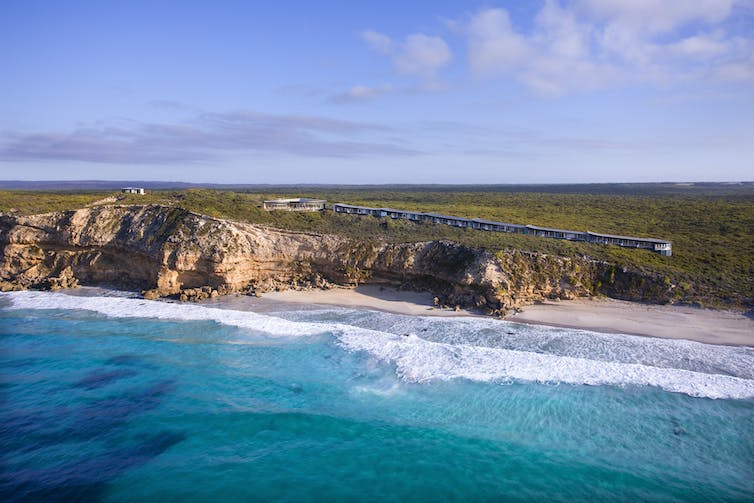 Both cases illuminate the process by which parks authorities are pressured to support commercial tourism enterprises in their protected areas.

Park authorities never have enough funding to pay for conservation. Tourism authorities motivated by growth indicators seek to attract high-yield tourists[11]. Luxury ecotourism is a lucrative niche. As budgets for the environment are cut, the financial incentives dangled by tourism authorities become irresistible.

It is presented as a win-win collaboration. Any single venture can be justified on the grounds that the immediate benefits outweigh the costs. But each development becomes a precedent to allow future incursions, resulting in “death by a thousand cuts”.

In Tasmania, the federal and state governments are backing plans for a tourism development[12] on an island in the middle of Lake Malbena in the central highlands. The lake is within the Walls of Jerusalem National Park[13], part of the Tasmanian Wilderness World Heritage Area.

The plan reportedly involves building three luxury huts and a helipad so six people at a time can fly in for three-night getaways at a cost of about A$4,500 each[14].

In Queensland, the state government has plans to offer 60-year leases[16] to commercial tourism operators in three national parks (the Whitsunday Islands National Park, the Great Sandy National Park and the Great Barrier Reef Marine Park). The operators will be allowed to build “eco-lodges” and offer “commercial experiences”.

An insight into what those experiences might involve is provided by The Weekend Australian Magazine, (whose readers have an average income of A$116,495[17]).

The article “Walk this way: adventures in the great outdoors[18]” (published 2-3 March 2019) talks of “fully supported walking experiences” with “luxury accommodations” and “premium food and wines” costing thousands of dollars, and in some cases using helicopters to access remote park sites.

One company keen to snare the Queensland leases is the developer of the Kangaroo Island luxury tourism plan, Australian Walking Company. A director and significant shareholder in the company is Brett Godfrey, the former chief executive of Virgin Australia who is now chairman of Tourism Queensland. 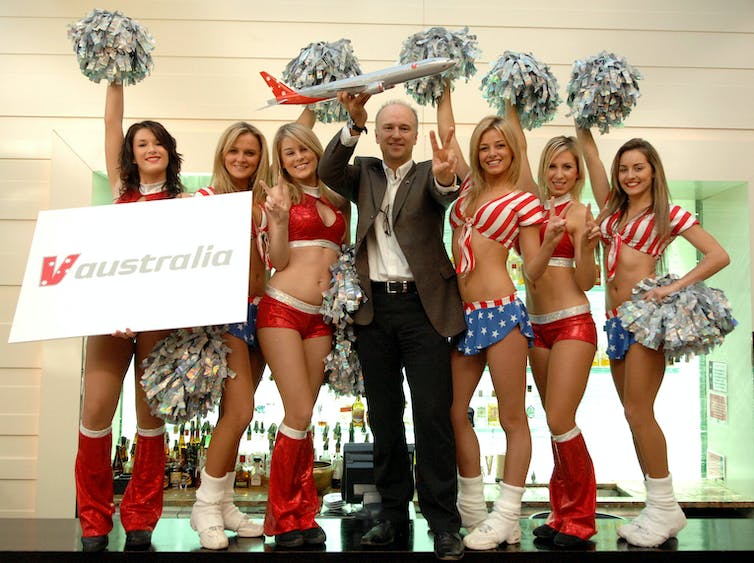 All that glitters: Brett Godfrey strikes a pose to promote Virgin’s Australian operation in 2007. Virgin Australia

Godfrey has addressed his potential conflict of interest[19] by taking advice from the office of the Queensland Integrity Commissioner[20].

Nonetheless, his dual interests give an insight into the problematic nature of governments and tourism bureaucracies supporting luxury ecotourism developments in conservation areas; particularly when (as former Queensland minister for national parks Steve Dickson said in 2013), they are “looking to make money[21]”.

The business strategy of unlocking national parks for luxury eco-tourism development risks undermining the very point of creating such parks in the first place. It pits the private interests of the wealthy against the public interest in environmental and local benefits.

It places no value on the conservation work of “friends of parks” groups, which support these parks primarily as places for conservation[22] and secondly as publicly funded places to enjoy, learn about and connect to nature.

Catering to the luxury eco-tourist is at odds with the “wild” and undeveloped nature that conservationists and local park lovers want. You can’t get away from it all and take it all with you.

Advocates can argue that luxury eco-tourism is more sustainable because it offers high economic yield with fewer numbers. But take that argument to its logical extreme and we’ll end up with situations like that in Indonesia.

The governor of the province that includes Komodo National Park, the island home of komodo dragons, wants to increase the park’s entrance fee by 5,000%, from about US$10 to US$500. It would certainly reduce tourist numbers, but also effectively make the park off-limits to most Indonesians.

The governor, Victor Laidkodat, is apparently fine with that. “This is a rare place, only for people with money,” he has reportedly said[23]. “Those who don’t have enough money shouldn’t come because this place is for extraordinary people.”

Read more: A green and happy holiday? You can have it all[24]

This is certainly not what we want for our own national parks, turning them into private playgrounds for the privileged few.

This year is the centenary of Kangaroo Island’s Flinders Chase National Park. It’s a good time to look back and appreciate the vision that led to its establishment in 1919, and to look critically at what our vision is for the next 100 years.