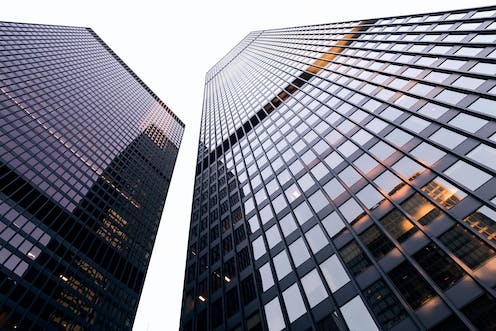 Asked at the banking royal commission how long it might take to embed the right culture in the National Australia Bank, its chairman Ken Henry replied: ten years[1].

As head of the Commonwealth Treasury before he left to join the NAB board in 2011, Dr Henry was regarded as a good, if cautious, forecaster. So ten years might be about the right answer.

He said there were “cultural inhibitors” at the bank, and he is right.

Deeply embedded within the workings of many financial institutions is a corrupt ethos of client exploitation.

These words might seem harsh, a kneejerk reaction to outrageous and possibly transient circumstances.

But they are neither my words, nor new ones.

Way back in 1826, when life insurance was in its infancy, it was already apparent that many policies were being mis-sold.

Charles Babbage, better known as the inventor of the first programmable computer, but also actuary of the Protector Life Assurance Society of London, identified the fundamental problem with commission-based selling of financial products, which he likened to “the acceptance of a bribe[2]”.

It is a system, said Babbage, that will inevitably “corrupt and debase those through whom it is carried on[3]”.

Read more: Toppling bankers can be satisfying, but it's not enough to heal a sick culture[4]

What Babbage described is what economists have subsequently called the “agency problem[5]”, and it is endemic to commission-based remuneration where the agent is supposed to be working in the best interest of the client, but will gain greatest personal benefit by selling the product that offers the largest commission.

It is present whether the product is insurance, or financial advice, or a mortgage.

The Royal Commission has shown that insurance companies, banks, brokers and advisers are prepared to trample on the trust placed in them by millions of Australians by putting their own income and interests ahead of their clients’.

Read more: A tip for bankers ahead of the royal commission: be more like doctors[6]

The way professions have typically addressed the agency problem is by constructing a set of moral codes and formal regulations to prevent (or at least limit) bad behaviour.

Medics have their Hippocratic Oath; lawyers have their Code of Ethical Conduct, and in large measure they seem to work.

Insurers, bankers, brokers and financial planners have less formal codes of conduct, but it is now clear that they don’t work – they are little more than smokescreens to conceal self-interested avarice.

As Babbage noted almost two centuries ago, wherever financial products are sold on commission, the payment received by the agent or broker has all the characteristics of a bribe.

What will work is removing temptation

These habits of rapacity are so deeply ingrained in the culture and operation of financial institutions that no amount of self regulation, no elaboration or reinforcement of voluntary codes of conduct, has been able to spare the sector from the corruption and debasement that Babbage foresaw.

First, ban commissions of all types

The government should impose an outright ban on the payment of any commission of any kind with respect to any consumer financial transaction.

The cost of the work should be transparently priced, and should be paid for at the point of delivery.

It would, at a stroke, end high-pressure selling and would reward financial advisers and brokers for the service they actually deliver to clients.

Those who deliver good advice would prosper. The rest would go out of business.

The idea lies at the heart of the banning of commissions in Labor’s Future of Financial Advice Act[8], which unfortunately did not extend its ban on commissions to those for insurance.

Then report fees as dollar amounts

Second, where clients buy a financial product that charges an annual management fee, such as a superannuation account, the fee should be reported to the client in dollar terms rather than the percentage of funds under management.

Each year the client should be given the option of a “free transfer” of their funds to an alternative provider that can offer the same product for a lower fee.

Read more: With a billion reasons not to trust super trustees, we need regulators to act in the public interest[9]

It would open up the opaque structure of management fees to critical review by clients, and would impose competitive pressure to drive down fees, which in Australia’s bloated superannuation sector are more than double the OECD average[10].

Such reforms would be greeted with howls of protest from super funds (and banks, where banks still control them) but as Babbage foresaw and the Royal Commission has demonstrated, the industry has become so beholden to its own self-interest that it has forfeited the right to control its future.