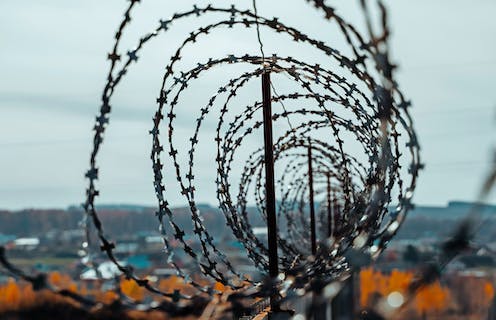 Wilkie’s bill presents a timely opportunity for the new federal government to reform a regime that leading legal and human rights organisations have called “inhumane, unnecessary, and unlawful[2]”.

Australia has committed to uphold human rights and protect refugees, including committing to not arbitrarily or indefinitely detain adults or children. Despite this, under Australia’s current mandatory detention regime, non-citizens without a valid visa must be detained[3] as a first resort for potentially indefinite periods and without access to review by a court.

Australia’s commitments under international law are not enforceable under Australian law unless they are implemented through legislation. This means that in the absence of legislation that fully protects the right to liberty, the Australian High Court has consistently held that indefinite immigration detention is lawful under Australian law.

The UN has repeatedly condemned Australia’s treatment of asylum seekers and refugees as contrary to Australia’s international obligations and “an affront to the protection of human rights[5]”. This includes statements and decisions from:

International criticisms have largely focused on Australia’s failure to respect the rights of individuals to not be detained arbitrarily or indefinitely; subjected to cruel, inhuman or degrading treatment; or returned to a place where they will face a real risk of harm.

Read more: Another day, another report: what more do we need to know about the harms of immigration detention?[12]

Despite widespread condemnation[13] of Australia’s system of mandatory and indefinite detention, over 1400 people[14] remain in onshore immigration detention facilities today. A further 217 people[15] remain on Nauru and Manus.

In April 2022, the average period of time people were held in immigration detention facilities in Australia was 726 days[16]. Of those in onshore detention, 136 have been detained for more than five years.

“Detention without charge or guilt”

Wilkie’s bill proposes abolishing the existing system of mandatory detention. Under the bill, detention of non-citizens without valid visas could only be ordered where it is necessary and proportionate to the circumstances. This would require an individual assessment.

Detention would be authorised in Australia only (not offshore) for certain purposes, and only as a measure of last resort after all alternatives have been considered. Adults could only be detained for a maximum of three months and children for seven days. While extensions may be necessary in certain circumstances, detention would be subject to independent oversight and judicial review by the courts.

When introducing the bill, Wilkie argued[17] this legislation was urgently needed as

we face the bizarre and outrageous situation in this country where someone, in some circumstances, can be detained indefinitely, without charge and without having been found guilty of anything.

He described this as a punitive arrangement that is immoral and shows “a terrible indifference and arrogance to international law”.

In seconding the bill, independent MP Kylea Tink said[18] “Australia’s immigration regime is unique in the world. It is uniquely cruel.” Tink also noted Wilkie’s point that the regime came with a vast financial and human toll, costing Australian taxpayers between $360,000 - $460,000 per year[19] to hold a person in immigration detention in Australia.

Australia’s negative human rights record also affects its ability to hold other countries to account[20] for human rights violations. China accused Australia of human rights hypocrisy[21] after it criticised[22] China’s repression of the Uyghur ethnic minority. And China is certainly not alone[23] in its criticisms.

While legislation alone is not enough[24], it could provide a significant first step in bringing Australia’s immigration detention regime in line with its human rights obligations.

Both major political parties in Australia have historically supported onshore and offshore mandatory detention of non-citizens.

However, with the current make-up of the parliament and a new government committed[25] to uniting Australians around “our shared values of fairness and opportunity” and “kindness to those in need”, this is an opportunity for Australia to demonstrate a renewed commitment to international law and the fundamental principles on which the UN system is based.